On the 27th August 1973 a group of youngsters, all keen hockey enthusiasts and most of them ex-students of St. Michael College of Education, held their first meeting to set up a new team. Mr Joe Young was elected President. The other members present for the meeting were Alfred Agius, Winston Attard, Dione Cassar, Emanuel Curmi, John Degiogrio, Charlie Ellul, Jimmy Evans, Simon Henwood, Joe Lewis, Mario Spiteri, Emanuel Vassallo and Vincent Vella. Young Stars Hockey Club was born with the following committee elected to serve:

Initially committee meetings were held at the residence of the Club president. For obvious reasons the committee felt that this arrangement was not satisfactory. A larger and more centralised premises was required which could take not only committee meetings, but also general meetings, provide room for changing and serve as a clubhouse.

The answer to this problem came in the form of the premises at 8, Britannic (now Vincenza Dimech) Street, Floriana, generously provided by Mr Nicholas Cassar. The new club premises was first used on 12th October 1973 when the first general meeting approved the new statute and Young Stars became the first club to have its own clubhouse.

Meanwhile, the president and vice-president had numerous meetings with Zebbug Young Stars SC in order to finalize a sponsorship agreement which included the payment of all Association fees, the provision of playing kit and hockey balls and a substantial donation towards expenses incurred in purchasing medals and trophies at the close of the season.

Young Stars went on to win their maiden season (i.e. Division II) claiming the honours ahead of Paceville without suffering a single defeat. The other participants were Paceville, Sliema, MEC (Malta Eastern Club), KOMR (King's Own Malta Regiment), CSSC (Civil Service Sports Club) and Floriana Irish Born II. After seeing off Floriana Irish Born (0-0, 2-1) and Paceville (5-0) they lost their first KO final against the then reigning champions Valliere after forcing a replay (0-0, 0-2).

Young Stars won their first league division title in 1976 when they set aside the challenges of the Royal University Sports Club and Valliere who were level and only two points behind leaders Young Stars HC.

Hockey in Malta at the time involved several other teams and clubs, such as the now defunct Valliere, County Leather, KOMR and Tigne'. However it took Young Stars only one season to achieve Malta League champions status with the club moving steadily from strength to strength, developing a powerful side in the local hockey scene.

With time Young Stars Hockey Club continued to grow and expand, claiming all titles. In the early years of the present millennium Young Stars mounted an invincible side bagging several league titles on a consecutive basis and also transferring its operations to the present site in Vincenzo Dimech Street, Floriana offering better facilities for both club and management.

The club's name came to include 'Floriana' after this was proposed at one of the club's annual general meetings during the 1990s. This was done to reflect the location of our club and to formalise this special relationship.

Floriana Young Stars Hockey Club also gave rise to three other sides which competed at a national league level; Grejmpads '77  (who donned marron and blue quartered shirts), Hotsticks HC (which eventually became the present outfit Sliema Hotsticks after the split in May 1984), and Sporting '84 )which was formed to give under 18 club players first hand experience in senior competitions).

Floriana Young Stars Hockey Club celebrated its forty year anniversary in 2013 and is looking forward to the year 2023 to celebrate its 50th one. 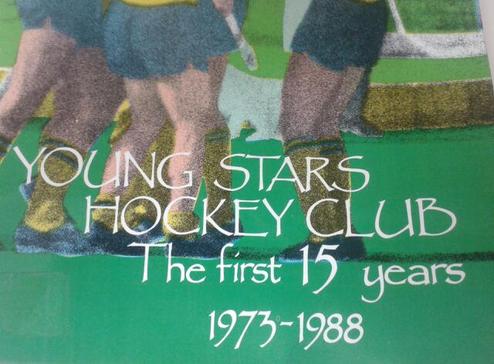